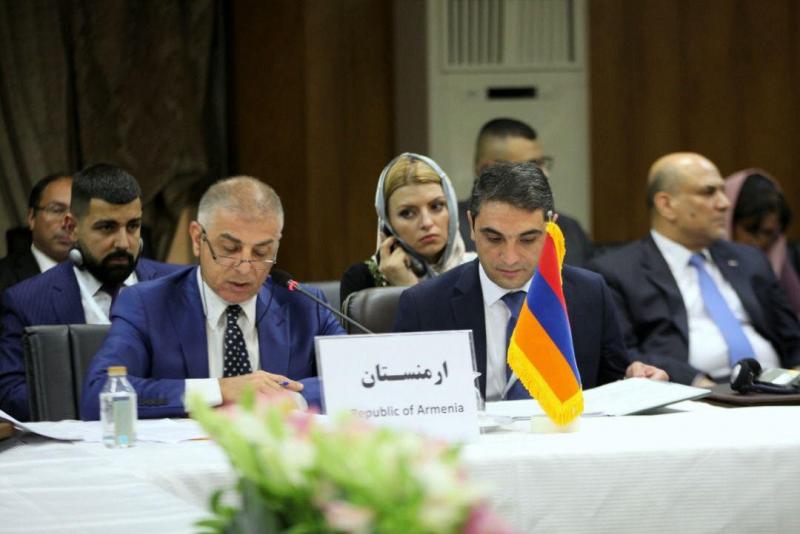 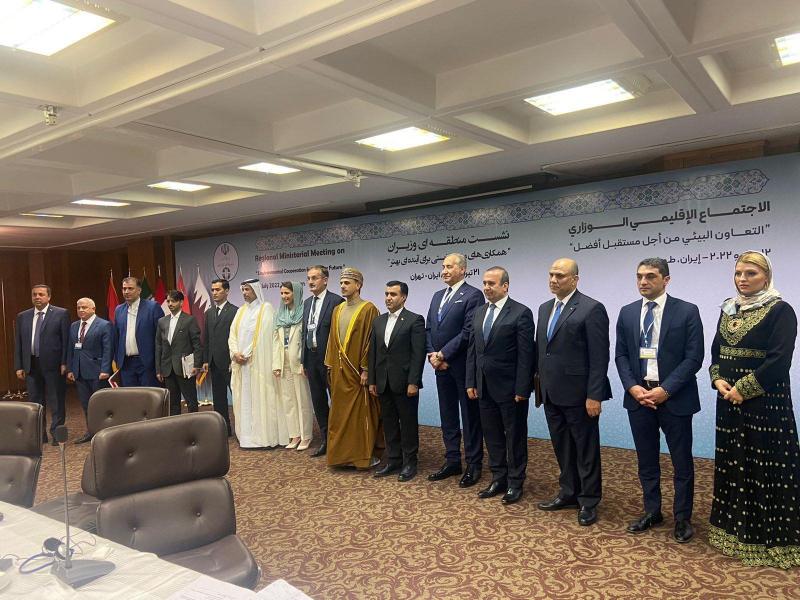 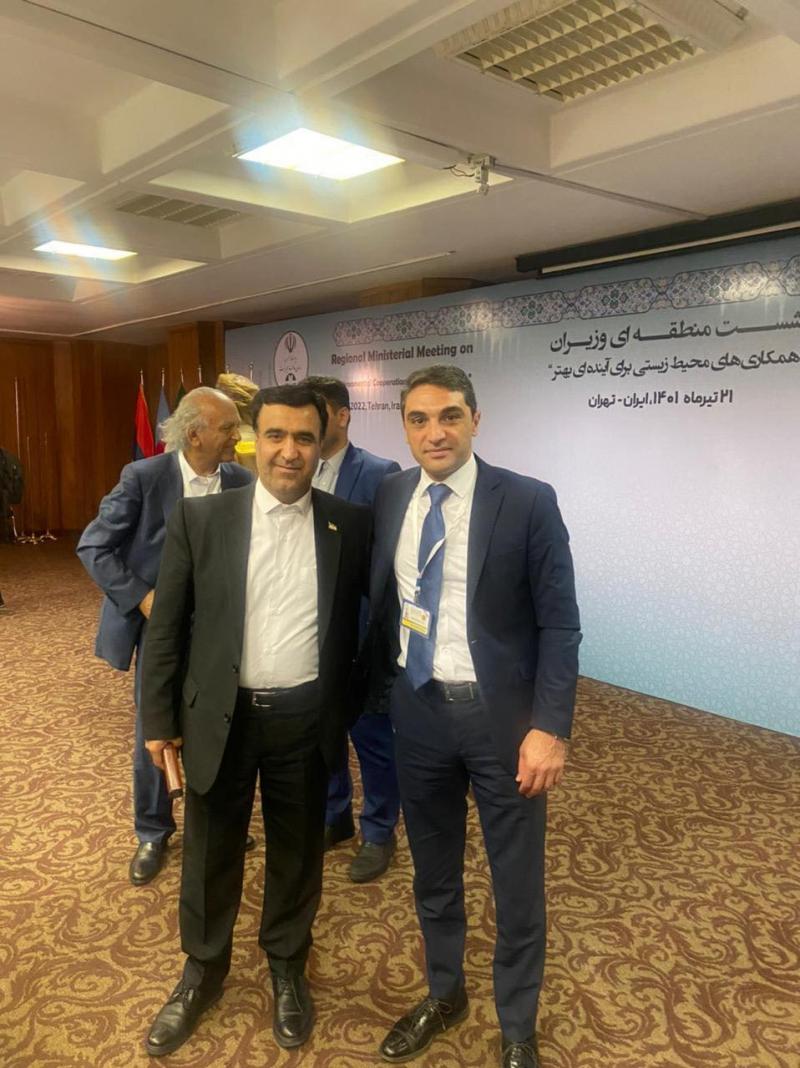 Minister of Environment Hakob Simidyan and Deputy Minister Gayane Gabrielyan are on a working visit to the Islamic Republic of Iran to participate in the meeting “Environmental Cooperation for a Better Future”.
At the meeting, the heads of environmental agencies of the countries of the region discussed common challenges in the field of the environment and the possibility of combining efforts to effectively overcome global disasters.
Minister Hakob Simidyan made a speech at the meeting.
At the beginning of his speech, the Minister touched upon the Armenian-Iranian friendly relations, pointing to the need for consistent development and strengthening of interstate cooperation formed as a result of interaction between the two countries in the field of environmental protection, and noted the importance of launching and developing work on issues of bilateral interest in the field.
"The Republic of Armenia, represented by the Government, has adopted an ambitious environmental agenda, in which cooperation with friendly and neighboring states, as well as with international partner organizations that have been carrying out their effective mission in the region for decades, including in the Republic of Armenia, occupies a special place. In addition, the Government of the Republic of Armenia has developed a policy aimed at comprehensive protection of the environment and natural resources, including sustainable management of all environmental components among the priorities, development and preservation.
The vision of the Government of the Republic of Armenia in the direction of green transformation and countering climate change is based on the principles of green and low-carbon growth, which implies expanding efforts to adapt and mitigate the consequences, starting from reforestation and ending with investments in renewable energy sources and energy efficiency," the Minister said in his speech and stated, that despite the challenges caused by the COVID-19 pandemic and the 44-day war in Nagorno-Karabakh in 2020, the Republic of Armenia remained committed to the effective implementation of its obligations under global environmental agreements.
In his speech, the Minister also touched upon the problems of the water sector and spoke about the steps being taken towards their solution.
At the end of his speech, Minister Hakob Simidyan confirmed the readiness of the Republic of Armenia to personally cooperate with the states and international organizations of the region in promoting the global environmental agenda.