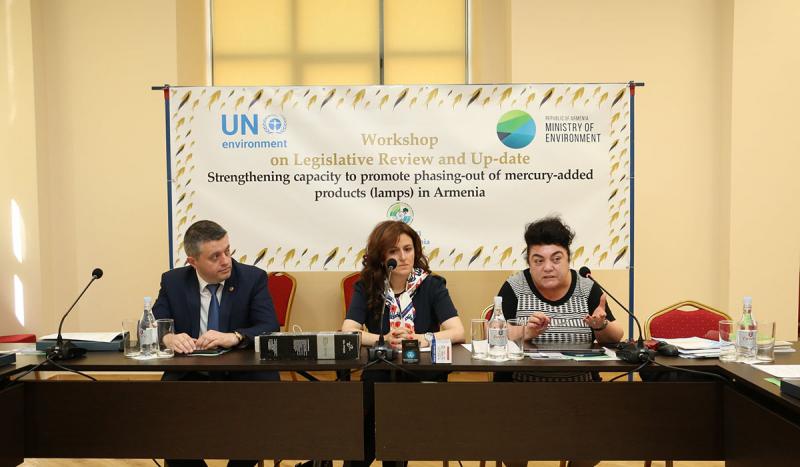 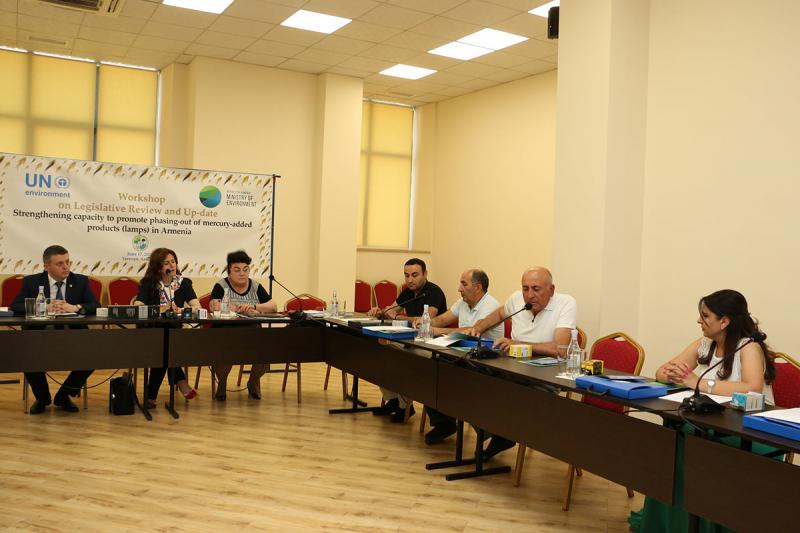 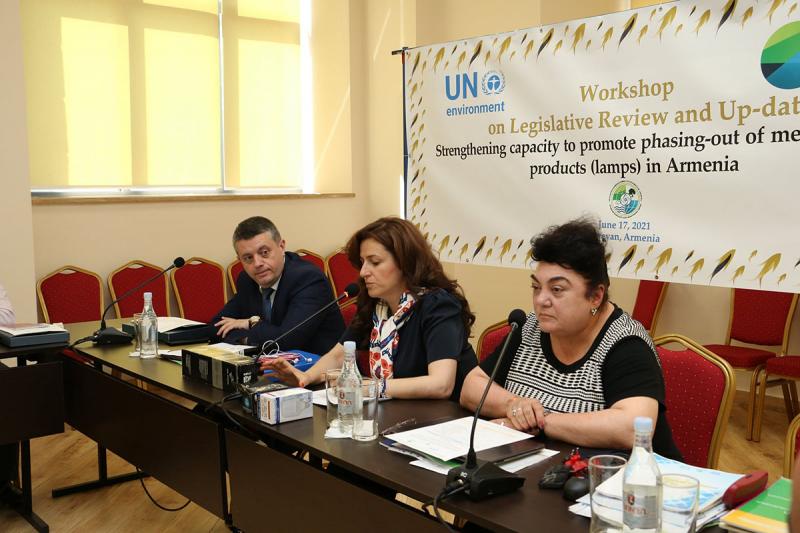 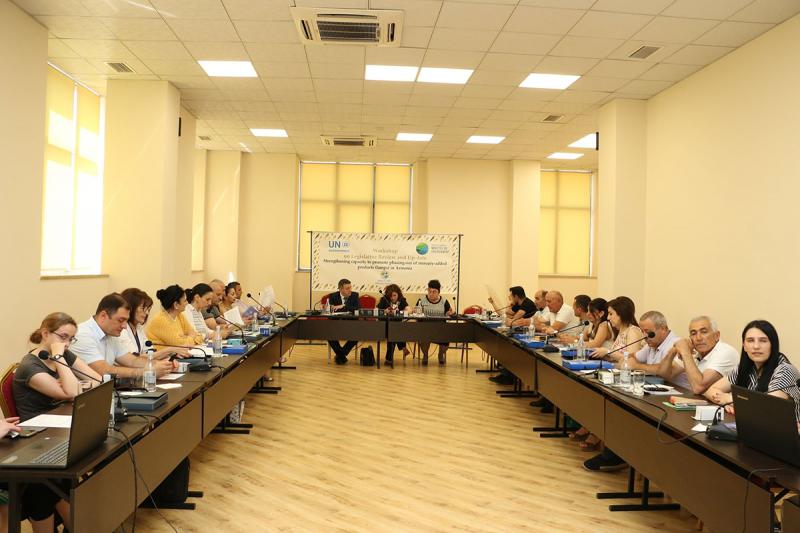 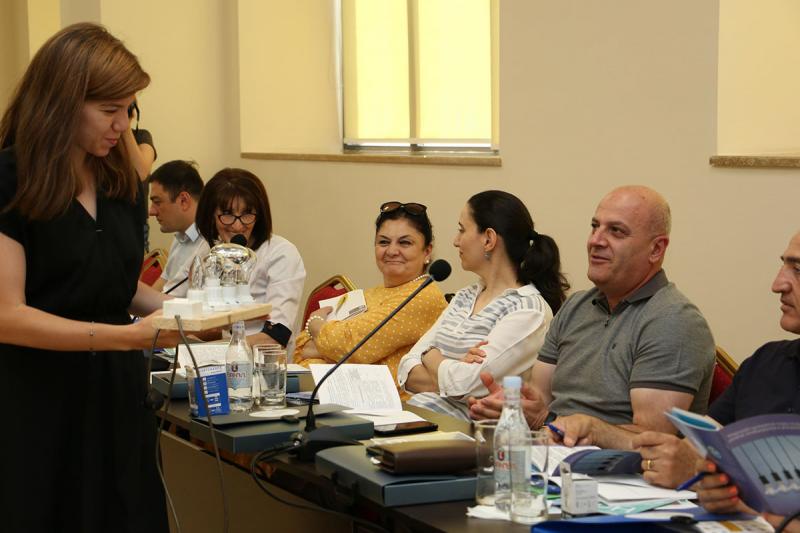 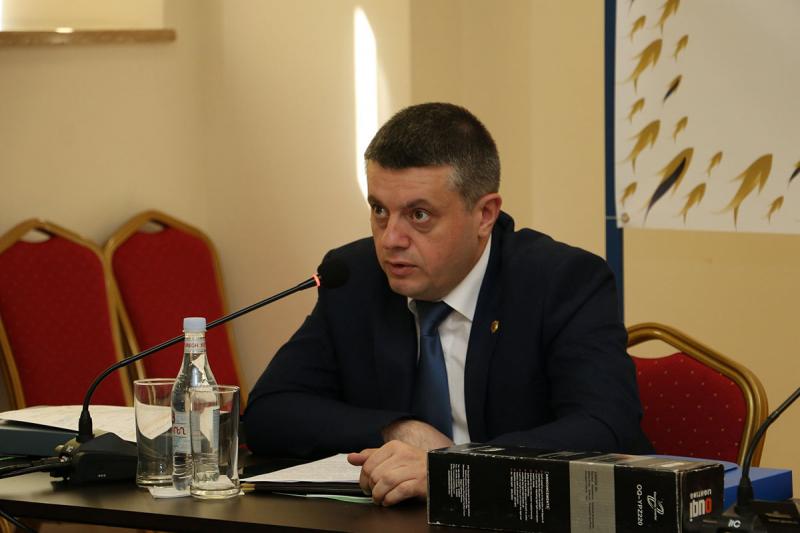 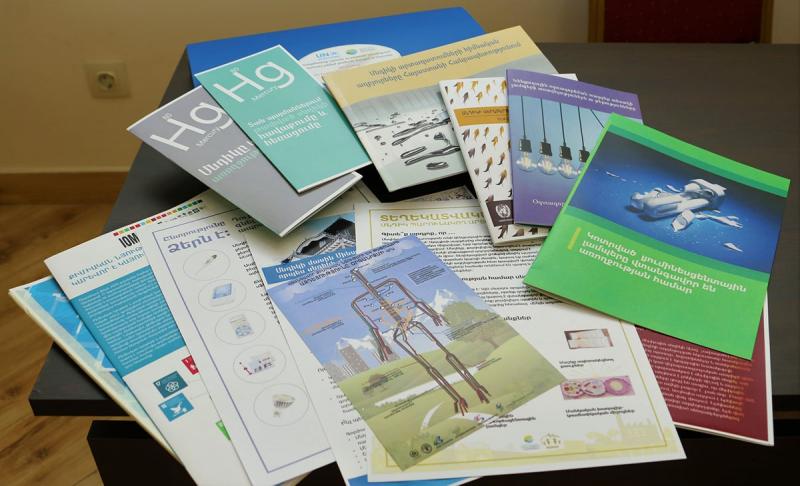 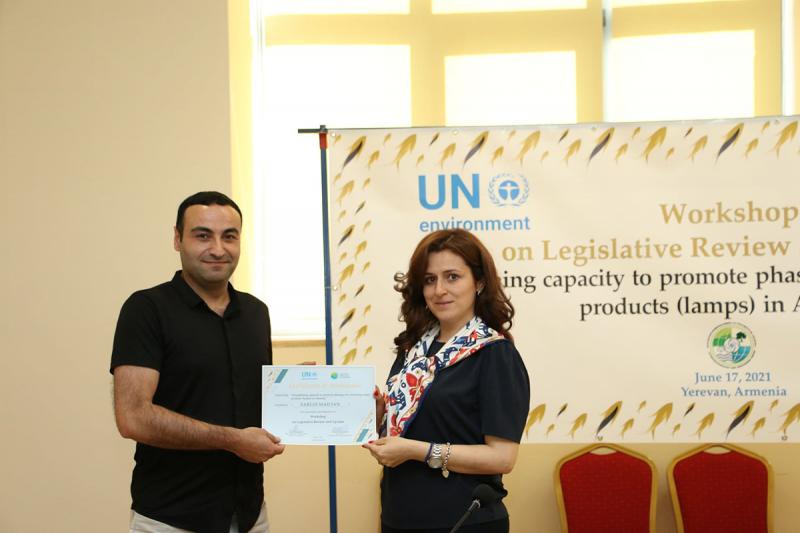 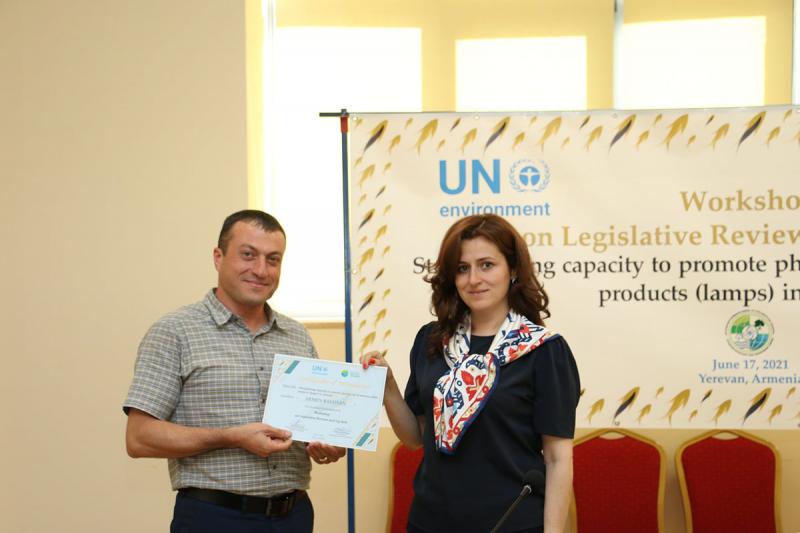 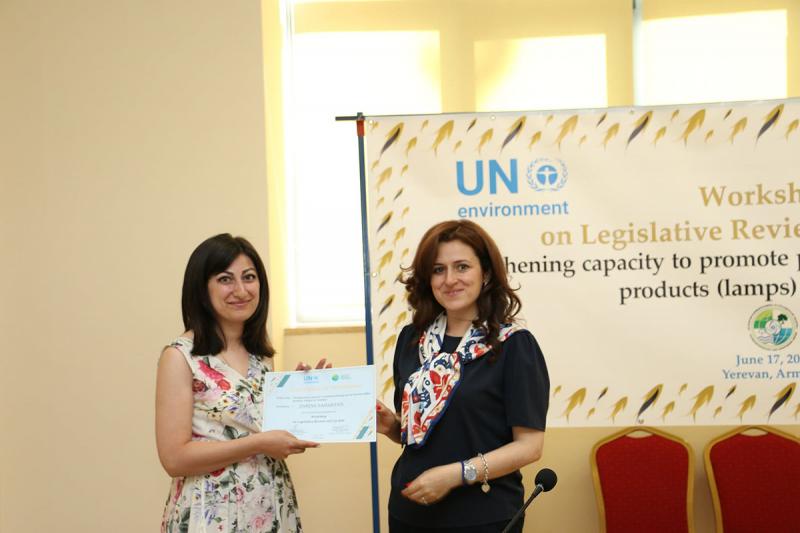 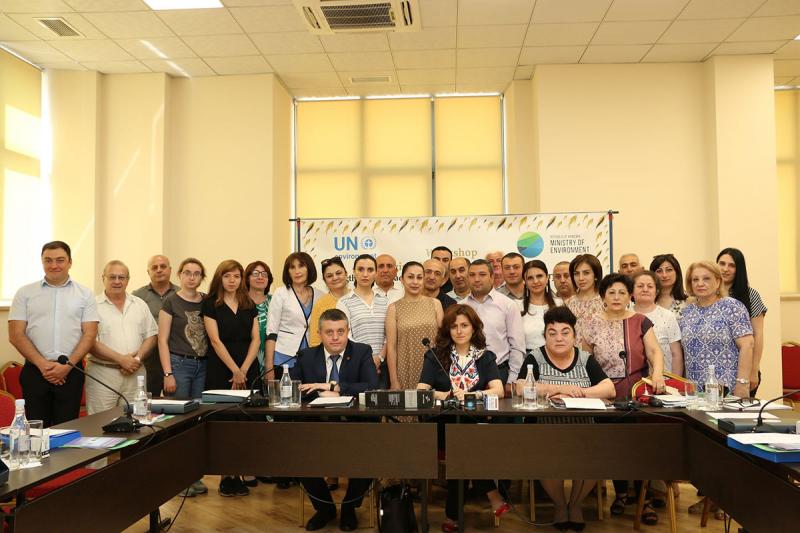 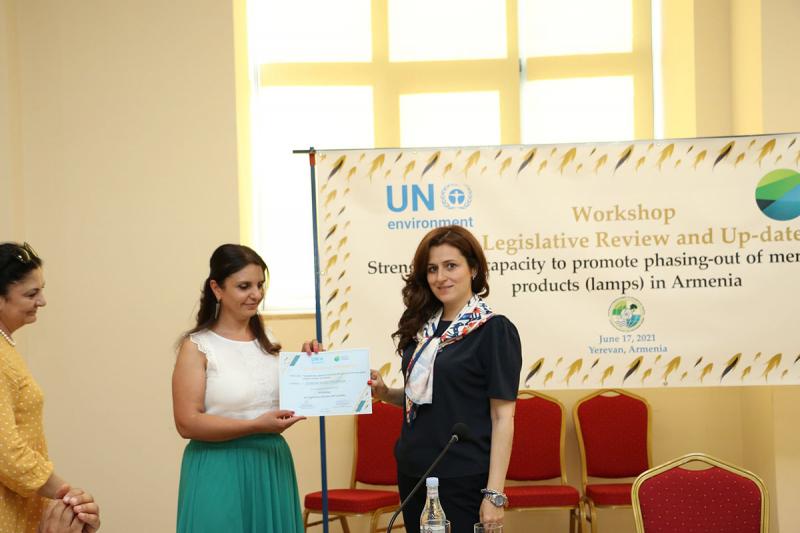 On June 17, it took place a workshop on analysis of mercury and other hazardous substances and waste legislation.
The event was organized within the framework of  "Building Capacity in Armenia to Support the Phase-out of Mercury Additive Products" project implemented by the Ministry of Environment in collaboration with the United Nations Environment Programme (UNEP).
Harmonious management of chemicals and wastes requires the creation of legislative-institutional grounds, further strengthening and regular updating.
Taking into consideration the fact that after 2020, according to the provisions of the Minamata Convention on Mercury, the phase-out of mercury additive products is envisaged, RA draft law on “Mercury” has been developed, which will allow fixing, as well as fixing the powers of various public administration bodies in the sphere of mercury and environmentally sound  waste management.
The aim of the workshop was to present to the staff of the Environmental Protection and Mining Inspection Body - which accomplishes  supervision in the sphere of environmental protection - the international conventions developed in recent years, the legislation streamlining  the field of chemical substances and wastes.
The event was attended by officers of Department for Risk Assessment and Analysis, and Supervision Department for Water, Atmosphere, Soil, Waste and Hazardous Substances of the Environmental Protection and Mining Inspection Body and Aragatsotn, Ararat, Armavir, Gegharkunik, Kotayk, Shirak, Syunik, Tavush, Vayoc Dzor and Yerevan Territorial Divisions.
Mrs. Anna Mazmanyan, Deputy Minister of Environment, made opening remarks, emphasizing the close cooperation of the Ministry Environment and the Environmental Protection and Mining Inspection Body in implementing the obligations undertaken by numerous international environmental agreements, as well as in analyzing  emerging issues.
Mrs. Anahit Aleksandryan, National Focal Point of the Minamata Convention on Mercury, submitted the legislation regulating chemical substances and waste sphere with international agreements ratified by the Republic of Armenia, including the Basel, Rotterdam, Stockholm and Minamata Conventions.
In his speech,  Mr. Levon Azizyan, Acting Director of "Hydrometeorology and  Monitoring Center" SNCO of the Ministry of Environment, remarkably noted: "Mercury issues are also in the center of our attention, from legislative reforms to awareness-raising campaigns."
Besides improving legislation, Mr. Azizyan also attributes importance to raising awareness among the population about the dangers of mercury.
At the end of the workshop, the participants were awarded certificates.